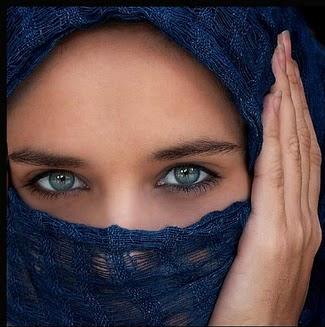 A controversial surgical operation carried out in Damascus to change the colour of a Syrian woman’s eyes has raised public fears about the safety of cosmetic surgery in the country.

The surgeon who performed the operation, Mohamad Shoujah, said the procedure that replaced the unidentified patient’s brown irises with artificial green ones was revolutionary.

He told a packed news conference at a hotel in Damascus in December that the surgery could be used not only for cosmetic purposes but also for the restoration of irises damaged as a result of an accident, a birth defect or a tumour.

“The operation consists in removing the iris and doing an implant of a totally new iris. The new iris is made of synthetic fibres. The difference between similar operations that are performed around the world and this surgery is that it removed the entire iris and replaced it with a new one, while other operations do a partial implant or place a new iris above the old one,” he said at the news conference.

But the operation, which reportedly costs 17,000 US dollars, quickly drew fire from the medical profession in Syria, which believes it to be very risky.

Although the surgical procedure was known in the western world, it was not performed on patients because of the high risks it involved to the eyesight, he told the official Tishreen newspaper.

Said said he would investigate the case, setting up a team of eye surgeons to examine the condition of the patient and check whether the operation had damaged her eyes.

He said that the doctor and the medical facility where the surgery was carried out would be punished as a deterrent. Shoujah has not commented since the news conference.

Medical experts criticised the surgery because they said it exposed a completely healthy patient to unnecessary risks.

“I believe that this operation is a crime because it removed a perfectly good iris and not an infected one,” said Saker Saker, an eye surgeon and a member of the committee tasked with checking on the patient.

“It is certain that the patient will be subject to many risks like higher blood pressure on the eye and acute infections,” he said, adding that it remained unclear whether an artificial iris would allow a person to have normal eyesight.

So far, no conclusions have been reached regarding the surgery because the patient refuses to be examined by the ministry-appointed medical team, Saker said.

The patient originally told one news website that she wanted the operation simply because she was fed up with wearing green contact lenses for 15 years. But since the controversy, she has refused to speak to the media.

Critics said that the incident typified Syrian society’s obsession with plastic surgery, which has grown considerably in popularity in recent years.

The health ministry says it receives more than 30 complaints a year about botched plastic surgery or medical complications arising from it.

Critics accuse the authorities of turning a blind eye not only to the standard of plastic surgery in the country but also to the widespread sale of untested beauty products, such as for breast enlargement or skin bleaching.

Health minister Said in his statement vowed that authorities will put an end to the promotion of beauty products and operations that are presented on TV in the guise of medical treatments and could pose health risks.

“We need to hold accountable all those who hide under a doctor’s cloak to make profit at the expense of citizens,” he said.

Last year, the ministry banned the sale of many beauty products because they were associated with health hazards. One of these products, a cream for removing freckles, proved to contain high levels of mercury, an element harmful to the body’s nervous system.

Nevertheless, many such products are still readily available on the Syrian market.

Extracts from a Institute for War and Peace Reporting article, published 29 January 2010 (original)

2 Replies to “Would you change the color of your eyes?”

This site uses Akismet to reduce spam. Learn how your comment data is processed.

How to support this site

If you use an adblocker, please consider whitelisting this site (or if you use Firefox, please consider disabling tracking protection). Just allowing the ads to load on your browser means a lot to me. Thank you!

Use code NUR428 at checkout or simply click this link for a 10% discount on your 1st order or a 5% discount if you’re a returning customer.

If you use this code, you would also be helping me, and I am very thankful for that.