An arthritis drug has restored skin colour in a patient with vitiligo, according to a study published by dermatologists at the Yale School of Medicine. 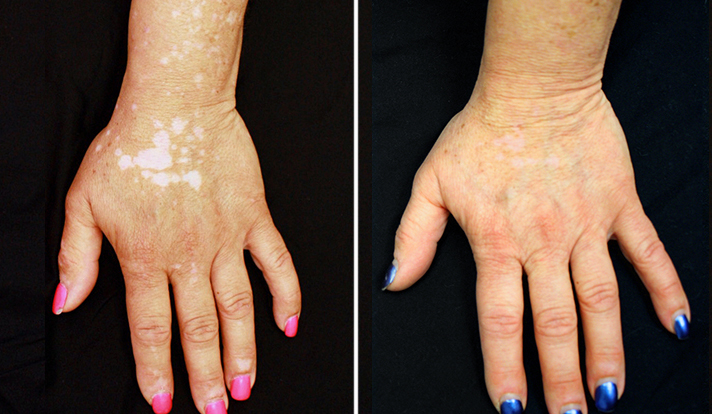 The drug, tofacitinib citrate, sold under the brand name Xeljanz, treats rheumatoid arthritis. It’s a JAK inhibitor, so-called because it inhibits an enzyme in the class of Janus kinases, mainly found in blood-forming cells. Doctors have been testing the drug for other diseases.

Tofacitinib is effective against hair loss called by alopecia universalis, according to a study by Dr. Brett King of Yale published last year. A man with almost no body hair grew a full head of hair after being treated with the drug, according to the study.

King and Dr. Brittany Craiglowe, coauthors of the new study in JAMA Dermatology, tested the drug against vitiligo in a 53-year-old woman whose facial, hand and body skin was covered with a growing number of white spots. Treatment with other drugs had been ineffective.

There were no adverse effects from the drug, the study stated.

This site uses Akismet to reduce spam. Learn how your comment data is processed.

If you use an adblocker, please consider disabling tracking protection or whitelisting my site.

Just allowing the ads to load as you browse would mean a lot to me.

If you use this code, you would also be helping me, so thank you.